When should I use Coarse Bubble Diffusers?

b) Strong mixing and pumping

e) Some types can be left in direct sunlight

f) Rolling action is desirable for some processes

There are some differences between coarse bubble diffuser products.   For example, some applications are designed to run intermittently.  In this case, you may want to select a diffuser like the Relia-Ball which has a strong built-in check-valve.  In other cases, like in an equaliz

ation basin, the tank may sit empty for long periods of time, subject to UV rays and freezing.  In this case, a wide band coarse bubble diffuser with a stainless steel piping system would be a good choice. 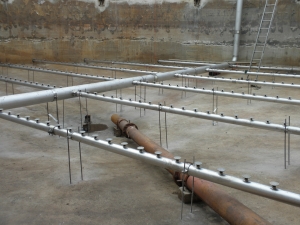 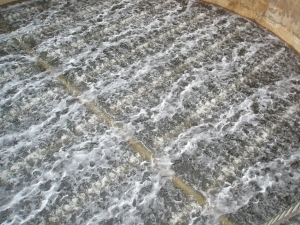 Startup at Madison, IN

Are you interested in checking which kind of aeration system is in a tank?   Visit the Image Classifier on the SSI Technology Portal and self-generate a report.